Down an unpaved road of Route 66 near Debow, Oklahoma, after Fred, a Great Pyrenean farm dog, stud cat, and a small herd of goats, is Living Kitchen Farm and Dairy.

The restaurant is unlike any in North Texas because, since September, owners Lisa Picklund and Linda Ford have required proof of COVID-19 vaccination to attend a multi-course farm dinner.

Before the pandemic, Living Kitchen’s three-month prepaid reservations usually sold out within two hours. The Becklund tasting menu was served over three hours on the back porch of a picturesque cabin that initially attracted most Tulsans. When she was named a semi-finalist for the James Beard Foundation Chef of the Southwest Awards in 2020, gourmets from Oklahoma City, Texas, and beyond began to flock to Deppio.

At the start of the coronavirus pandemic, Picklund and wife Ford responded by canceling dinner for two months, waiting until June 2020 to reopen at half capacity. The arrangement caused them to lose money, but they persisted in order to keep the employees’ paychecks and the insurance policy and 401(k) plan they proudly offer.

Ford says half the capacity “felt dead,” though. Given that a small business can only operate at a loss for so long, and Living Kitchen is designed as a communal dining experience, they decided to survey the willingness of 100 regular guests to attend if COVID-19 vaccinations were required. It’s a policy that small business owners are allowed to decide in Oklahoma, unlike in Texas, where Governor Greg Abbott has banned so-called passports for vaccinations. Of the 80 answers received in the Living Kitchen survey, 82% said they wouldn’t be bothered at all by such a requirement.

Picklund calls the decision a “matter of survival,” although she and Ford have felt hesitant about the split it might cause.

“We wanted the guests who had been supporting us all these years back,” says Picklund. “This was the only way we could convince them to come back.”

Tables between parties are now slightly separated rather than making guests sit at a long communal table, but guest numbers since September have been closer to pre-pandemic numbers as old customers return and supportive new arrivals arrive.

“People tell us over and over again, ‘We’re so glad you’re doing this,'” says Picklund.

Becklund and Ford announced the new policy that began in September 2021 on Instagram. Within one week, they shut down the ability to comment after receiving threats of lawsuits and their desire to permanently close Living Kitchen as a result of the new policy.

“We were trying very hard to respond with respect and empathy, but when we saw the comments coming from people who had nothing to do with our business, we realized we were wasting our time,” Ford says. She says there appears to be a network online to search for and harass companies that have coronavirus vaccination requirements.

Despite hostile comments, November bookings sold out within two days. 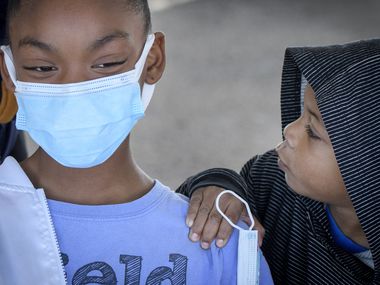 An evening at the Living Kitchen usually begins with a tour of the farm led by Ford, who explains that the majority of the ingredients that will be used at the next dinner will come from their farm and other nearby farms. Sometimes they get the rice from Arkansas, but she says it all comes from the “red dirt of Oklahoma.”

Guests are welcome to wander the garden growing cabbage, cucumber gherkin, and squash, and pick and taste cherry-sized tomatoes as Ford describes challenges on the farm, mostly from predators.

Once the guests are seated, the Becklund gives their kind welcome. We went at night, of course after which a delicious course was set, starting with October tomatoes in delicious custard and garlic tomato broth, and ending with zucchini bread pudding with summer fruit compote, pumpkin ice cream and miso. Terrace fired up “Ahh” when it announced the hearty main course: pork chops, or “chicken-fried pork” with chunks of pig they’ve cracked themselves, served atop creamy lemon balan borri and herbed spätzle. Crisp yellow beans gave a crunchy crunch to the rich cream on the plate.

The night ended with a gathering outside around a fire to toast s’mores with homemade marshmallows and graham crackers. It was an image of communal living, where food was a thread between land and people.

Before moving to Living Kitchen with Ford in 2009, Becklund previously worked for cherished Italian Pike Place Market establishment, The Pink Door, and owned another restaurant in Seattle during her kitchen career. She hesitates to describe her cooking style as healthy. She works mostly with vegetables, but she cooks them “differently than your grandparents,” she says. “I have to be careful about the word ‘healthy,'” she says with a laugh.

Among the guests on the night of October 22 was a group of seven women from Lufkin, Texas who came to visit Osage County and Ray Drummond’s restaurant, The Mercantile.

Two women in the group have husbands undergoing cancer treatments, including Sally Alves who said the vaccine requirement gave them comfort and assurance that there was an extra level of protection there.

Elvis says she appreciates precautions. “Ultimately, it’s a personal choice,” she says. “I choose on behalf of my husband and those I don’t know who are immunocompromised to limit my exposure.”

She says a group of her 60-year-old friends agreed that the requirement was not a problem. “We don’t feel offended and we don’t feel less Texas,” she says. “We want to do the right thing. We want to take this trip, and we will follow the rules.”

Ashley Hardman, hair salon owner from Norman, Oklahoma was also in attendance. Combined with the food’s allure, she says she went for the first time because she wanted to support a local business she’s sure didn’t have an “easy time.”

I read Facebook comments when The Opolis, a music venue in Norman, and Ludivine, a restaurant in Oklahoma City, announced vaccine requirements. The resulting comments describe it as a “mixed bag,” but overall it appears companies have been receiving support for their decision.

Margaret Black, a licensed professional counselor from Tulsa who became a mother of twins in 2020, came with her husband and another couple to celebrate her birthday on her second visit that night. She said the requirement has “reduced some, if not all, of the ongoing low-level anxiety” she has been feeling since March 2020.

Information about next year’s reservations for Living Kitchen will be available in February, according to another Instagram post. Becklund and Ford say they have not yet decided whether to continue with the vaccine demand next year, but they want to rule out their personal opinions of it.

“Our goal is to keep the business going,” Bucklund says.

“While doing it safely enough not to contribute to the problem,” Ford adds.

Both say they want more data rather than a political appearance from the government at this time.

“We don’t have the information we need to make decisions on a continuous basis,” Ford says. “It has been very politicized – what comes out is very inflamed. It is hard to know which approach to take.”

She says Oklahoma Governor Kevin Stitt did not take some of the actions they expected him to take, such as Governor Greg Abbott’s executive orders banning vaccine requirements.

In this regard, Ford says, “We are grateful [Gov. Stitt] Giving small businesses the power to make our own decisions.”

Words That Sounded Good At The Time

We’re patient or we’re not

Things to Do: Upcoming Food & Drink Events in Houston this January