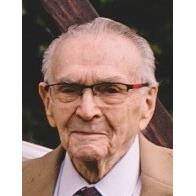 Byron graduated from John Greer High School in 1941 and immediately began his career. He started his first full-time job at Sprauge Sells Co for $15 a week, and moved on to his next job at American Can Co where he earned $18 a week. After these jobs, Byron moved to Cleveland, Ohio to work for Thompson Products Co. He was promoted to group leader and then to supervisor. He worked there until the end of World War II and lost his job. He began civil service work in Lansing, Michigan at Michigan State University to help convert army barracks into living quarters for returning veterans going to college. He worked there until 1947 when he returned to Oaklandon to work for Hoosier Pet Food Distributors as an accountant. This job only lasted for a year and Byron returned to the Civil Service where he was sent to Guam and worked as an inspector checking items in warehouses to be shipped back to the United States. He was there for two years and came back home to work for Hardy Manufacturing Co. in Pendleton as a tool maker. He later moved to work in a tool and mold store in Anderson, then moved to Chicago to become the head of the tooling division. Byron returned to the Indianapolis area and married his wife Thelma on June 1, 1958. He then took a job at Dependable Tool & Die Co. in Indianapolis where he worked for 29 years, retiring in 1982 as a plant supervisor. Byron then began working at Space Age Engineering as an instrumentation engineer, retiring from the company in 2007 after 26 years of service. He continued working part-time with a couple of different toolmakers until he finally retired in 2010. Byron’s final retirement was at the age of 87!

Byron is survived by her son-in-law Shelley Hayes of McCorsville. Grandchildren: Reggie (Sandy) Hayes from Fortville; Jason (Andrea) Hayes from Greenfield and Bradley (Kristen) Hayes from Whiteland; 11 great-grandchildren, 2 daughters and a nephew. He was preceded in death by his wife, Thelma (Bohol) Newhouse in 2015, the couple’s children: Russell and Jamie Hayes, parents and brothers Robert and Donald Newhouse

A special service will be conducted near the family graves on Tuesday, November 30, 2021, at Gravel Lawn Cemetery, Fortville. Memorial contributions can be made to the Humane Society of Hancock County 214 E. Main Street Greenfield, IN 46140. Condolences can be shared online at www.sealsfuneralhome.com.